Rebuilding with a plate of Amatriciana

Home → Projects → Social Projects → Rebuilding with a plate of Amatriciana

Every dish is a brick that helps to build the future
We support those communities affected by the earthquake
in central Italy by providing effective help to rebuild the schools. 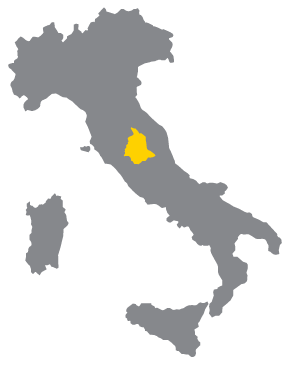 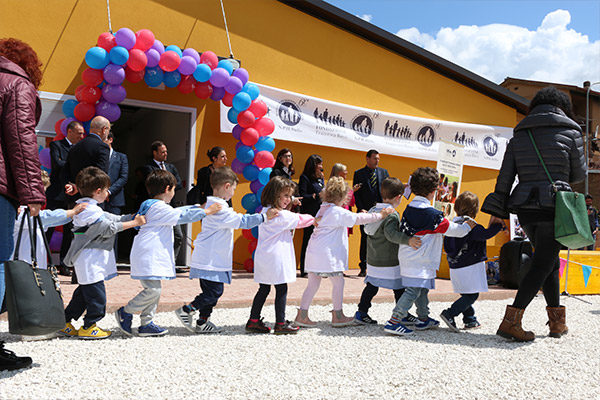 THE CHALLENGE: to return to normality a short time after the emergency

At 3.36am on the night of 23–24 August 2016, a magnitude 6.0 earthquake devastated entire communities in central Italy.
Some towns were literally levelled to the ground. The extent of the damage was extreme throughout the region, with homes and public infrastructure destroyed and hundreds of people losing their lives.
The emergency response was immediate, right from the first hours following the earthquake, with aid and donations arriving from all over the world. This collective effort, riding on a wave of emotion, provided much comfort to the local population and to over 4000 displaced people.
Just two months later, on 30 October 2016, the community was again shaken by a 6.5 magnitude earthquake, the strongest in Italy in the last thirty years, which hit the area of Norcia without creating any casualties, but causing extensive damage to the artistic heritage, the housing stock and making the school buildings unsafe.
The challenge for the people living in this tormented land is the slow return to normality. A situation that demands a timely and tangible response to an emergency, but above all, support and long-term planning.
That is why it is important to focus not just on short-term aid, but also on supporting the rebuild with long-term plans. 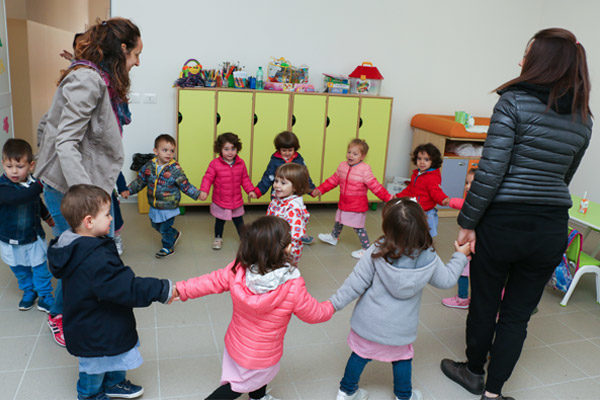 THE GOAL: to provide tangible aid for the future, starting with children

The project aims to support communities in seismically-active regions by supporting the rebuild.
The plan was activated right from the hours immediately following the emergency and focussed on targeted, long-term measures that materialised in the construction of Norcia’s kindergarten, an area badly damaged by the earthquake.

OUR PROJECT: a solidarity contest for rebuilding a kindergarten

Rebuilding with a Plate of Amatriciana is a simple and immediate response to an emergency situation, which began with Costa Crociere’s decisive contribution and the coordination of the Costa Crociere Foundation.
The concept began with the city of Amatrice, at the epicentre of the earthquake and also home to the famous, traditional Italian dish.
The pasta Amatriciana thus became a vehicle for solidarity; for every dish the guests ordered in the restaurants aboard the ships, Costa Crociere donated one euro.
However, many of those who contributed to the cause, by simply ordering the dish, wanted to do more, donating individual amounts that were added to those of the personnel onboard and on the ground, and which amounted to a significant sum for the earthquake-affected communities.
A joint project led by the Task Force Missione Scuola of the Prime Minister’s Office, in conjunction with the civil defence services, MIUR (the Ministry of Education, University and Research) and the Municipality of Norcia, together with the Fondazione Rava, set out the various priorities required to ensure the children could return to their classrooms as soon as possible.
The choice of how to allocate the funds raised fell on one of the priorities identified, supporting the reconstruction of the Norcia kindergarten, which reopened on 9 May 2017, returning it to 125 children who finally had a place to learn, play and grow serenely.
The opening of the school, a modern and earthquake-resistant building equipped with green power and heating compatible with sustainable development, as promoted by Costa Crociere, was a great celebration for the entire Umbrian city.
It was an exciting event for the children and the entire community, which alternated formal events such as the cutting of the ribbon and dedicating a classroom to Costa Crociere, with events filled with entertainment and fun, provided by the Costa ships’ team of entertainers and the presence of Peppa Pig, a guest beloved by children.
With the reopening of the new kindergarten, a rebuild of the highest symbolic value was achieved, effectively translating the vast generosity of the guests of the Costa Crociere ships, and the kind of empathy that is always at the ready, to support those who need it most.