Code red, violence against women
We contribute to a large international movement by backing a fund in support of women as victims of violence.

*The funds raised have been allocated to scholarships and paid traineeships for women reported by the Ligurian Anti-violence Centers, and will be drawn down during 2020. 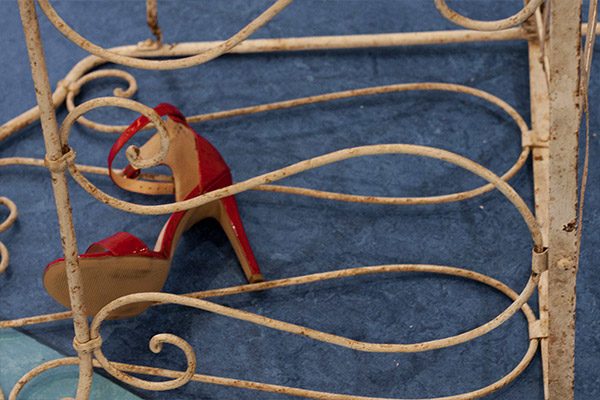 According to a WHO report, violence against women is a global problem. Physical, psychological and sexual abuse affect more than 35% of women worldwide, often taking place domestically, within the family unit or by a partner.
This keeps the incidences mostly hidden and difficult to estimate, though the numbers in Italy speak to a real emergency as well.
A report for the year 2019, released by the State Police, reveals that 88 women fall victim to violence each day. One every 15 minutes.
Though numbers do reflect a greater awareness of the problem, leading to an increase in the number of women reporting such crimes.
The Red Shoes came about in 2009, following a concept by Mexican artist Elina Chauvet, in an art installation denouncing femicide and the abuse of women; since then they have come to symbolise the struggle for women’s rights and gender-based violence.
The challenge lies in keeping the issue relevant and empowering victims to report these crimes and ensuring there are adequate support networks in place enabling them to escape oppression and danger. 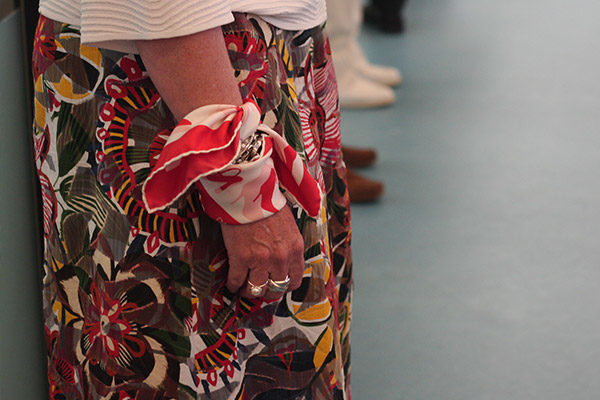 THE GOAL: to forge new pathways for women as victims of domestic violence helping them re-enter society

The project supports women as victims of violence by raising funds onboard the Costa ships, by selling custom silk scarves bearing the Red Shoes symbol.
The aim is to finance the establishment of working grants for women who are victims of abuse and who are flagged by the Women’s Refuges in Liguria, to assist them in accessing the job market.

OUR PROJECT: violence against women, work as a weapon to escape

Red Shoes on Tour began as an undertaking by the Costa Crociere Foundation to establish a fund in support of women as victims of mistreatment.
A fundraiser organised in collaboration with Regione Liguria and AIDDA (Association of Women Entrepreneurs and Company Directors) was financed through the creation of a silk scarf decorated with Red Shoes, by an artisanal workshop.
The project, which involved several stakeholders volunteering their support, resulted in the sale of the scarves onshore and onboard the Costa ships.
A great outreach cruise was launched in June 2018, featuring three major event locations in the Ligurian region: Palazzo Costa in Genoa; the Cruise terminal in La Spezia; and the Palacrociere in Savona. The trip then continued aboard the Costa ships, spreading awareness about violence against women around the world and garnering positive feedback.
The funds raised by the sale of the Red Shoes scarves financed the scholarships that enabled the women to engage in paid, professional experiences facilitating their access to the job market, and providing them with the needed strength, dignity and independence to start over.
The Foundation’s support for women as victims of violence in Liguria, is also backed through the “A Safe Haven” project.