A bridge of solidarity to find the strength of starting over together
We support the creation of a new, multipurpose centre with activities and services dedicated to the communities affected by the collapse of the Morandi bridge in Genoa. 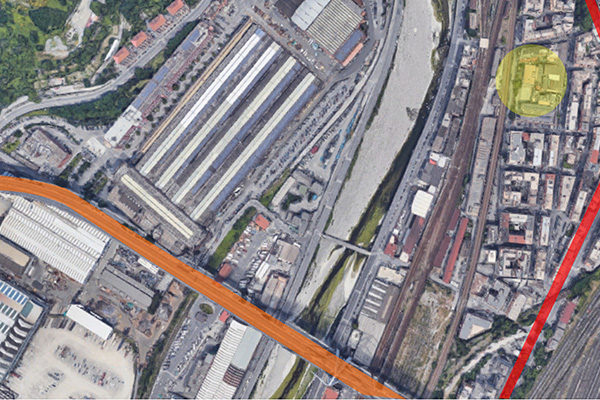 THE CHALLENGE: the collapse of the Morandi bridge, a city split

On 14 August 2018 the city of Genoa experienced one of the most dramatic moments in its recent history.
The collapse of the Morandi bridge is a deep wound that splits Genoa in two.
Deprived of such a strategic, connecting infrastructure, the city of Genoa has suffered serious repercussions both economically and socially. In addition to causing numerous victims, the disaster has deeply affected the communities living close to the viaduct. Hundreds of people have been forced to abandon their homes, while those living in the area and working in various businesses are effectively cut off from the rest of the city.
The neighbourhood of Certosa has been hit particularly hard by the isolation.
What is needed, to support the community, are projects that will reinstate a situation of normality and plans to mend the deeply affected social fabric, rebuilding not only a community spirit, but also trust and hope in the future. 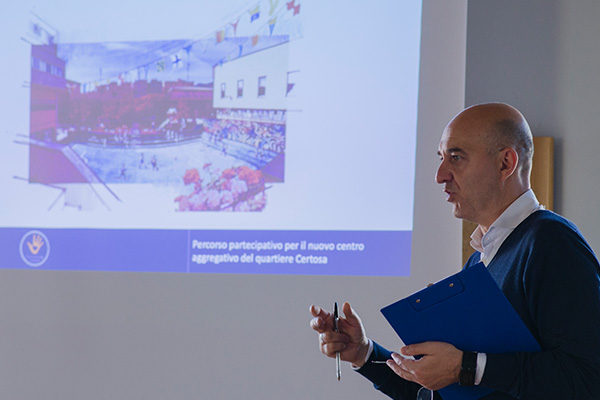 THE GOAL: to rebuild a community with funds for the Morandi bridge

Together for Genova aims to support the people most affected by the collapse of the bridge by renovating a building owned by the Council, to create a new multipurpose community centre in the Certosa district. The goal is to build a shared space that, through various activities and services, will help restore the social fabric of a community wishing to start over.

OUR PROJECT: to provide a new community centre to overcome the Morandi bridge disaster together

The project, “Together for Genova”, was conceived to support the clubs and citizens of Genova Certosa, the neighbourhood most impacted by the dramatic event.
The project, promoted by the Costa Crociere Foundation, was launched in August 2018 with a fundraiser involving Costa Crociere, and all its major stakeholders, in a series of activities starting with the decision to donate one euro for each plate of trofie with pesto served to the guests on board.
The idea of transforming one of the symbolic dishes of the Genoese and Ligurian tradition into an engine of solidarity, turned into an incentive for voluntary donations from guests, cabin crew, travel agencies, suppliers and employees. Additionally, Costa Crociere resolved to donate one euro for each cruise taken before 30 November 2018.
This collective generosity was renewed during a big charity event celebrated aboard the Costa Fortuna on its first return trip to Genoa, in March 2019, which consolidated the support for the project in helping to exceed the over 300,000 euros raised.
Thus, the project became manifest through the search and the redevelopment of a property to be appointed as a new community centre in Certosa, a district in the lower Val Polcevera, which together with the districts of Rivarolo, Begato, Borzoli and Teglia comprises a single, vast basin of about 35,000 inhabitants.
The selected property, owned by the Municipality of Genoa, is vacant and strategically located due to the presence of essential services such as a day care centre, a secondary school, a market, and public transport with easy access to the metro stop.
The new community centre is spread over an area of 530 square metres, though the renovations also include an additional 500 square metres of external space, including a playground and a sports field to be shared with the adjacent secondary school. Special attention was also paid to the day care centre situated on the building’s first floor by upgrading the yard for kids to play and to access the day care centre itself. To assist the collaboration between the institutions that will manage the property and the community, we took advantage of the strong sense of community that has always defined this area, and set up a participatory system to involve the neighbourhood groups early on, in gathering ideas, identifying the events and activities to be hosted and outlining how the centre should be run.
The new, multipurpose area with its various community activities such as dance classes; art, painting and cooking workshops; counselling sessions and mental health support; and co-working; is set to become the neighbourhood’s new pulsating centre, symbolising rebirth and a truly completed renovation.

100% of
donations
are invested
in projects

Donate to the Foundation or support a current project with a donation:

The transaction is protected and managed by PayPal’s Secure Server, which guarantees maximum security and anonymity

Related Projects
Support our projectsThanks to you, our help can go even further

DONATE
It will be our best trip everTogether, we’ll deliver food to those who need it.